For today’s post, I am finally getting around to the newest additions birth story. I am sorry that it has taken nearly 2 months. In this case, better late than never.

Our third child was welcomed into this world end of July. We had only been in Texas for 2 months and were still without a home (still looking for one currently). I had be surviving the insanely hot days and was anticipating a c-section.

Little girl was breech from 28 weeks. At every appointment she was still breech and I had lost hope of her turning back at 32 weeks, because of my history with L never turning. I didn’t want to try another procedure to have her turned, because it didn’t work with L and it would be a bit more risky after having a c-section.

I was devastated, as I was anticipating a V-BAC and set to have one. My new doctor thought I was a great candidate, but then the news at every ultrasound. He kept telling me not to give up hope, but I just planned as if a c-section was happening. At the end of June we set the date for the c-section for early August. I wanted it a little sooner, because I had a feeling baby would come while my doctor was on vacation, but he said not to worry.

A few days before I went into labor, M was still breech at the appointment, I was only dilated to a 1 and it seemed I would be ready for the scheduled c-section in just over a week. The days leading up to my labor day, I was busy cleaning and moving heavy boxes. I was exhausted and remember saying something felt different and I felt so much pressure the night before going into labor. I remember telling my husband I was in a pain and that baby felt very low. Something felt off. I went to bed thinking what if my water breaks tonight. My husband hadn’t even packed a hospital bag and mine was halfway packed, with the carseat still not in place. It was safe to say we were far from ready and thought we still had a few days before she would arrive.

I had a list of things to get done the weekend before our scheduled c-section, but baby didn’t mind our plans. She had her own time. At 1 a.m. early that next morning I felt the urge to pee and I could feel myself leaking. I got up to go to the bathroom and then felt it was different than peeing. I thought “could this be my water breaking?” I pushed the thought aside, but water kept leaking. I put a pad on and got back into bed. About 15 minutes later, I had the urge to pee again, and the water just kept coming. I couldn’t hold it in, but it was only tinkling. I thought just a symptom of pregnancy. Finally before 2 am, after researching on the internet I decided it was my water breaking.

I called the on call doctor, because I knew my doctor was out of town (as I said he would be), and she said to come in immediately. Since baby was breech they didn’t want to risk anything. I remember thinking, great I finally get to experience my water breaking, just to have a c-section. I woke my mom and told her my water broke. She sprang out of bed and said we need to go. I finally woke Marc at 2 a.m. and he didn’t believe me, thinking it was time to get up and I was getting back from a run. I was a little irritated and told him sarcastically “No, honey I am just waking you at 2 a.m. pretending to be in labor.”

He got up and packed a bag, while I finished packing and got the other kids stuff ready. My dad remained at the house with them. As I was packing, a gush of water came and I was totally convinced at this point my water broke. I rinsed in the shower and cleaned up the mess and then we jetted out. Once we arrived at the hospital, just before 3 a.m. my contractions were intense but about 10 minutes apart. I was only dilated at 1 and signing papers for my c-section procedure.  One last ultra sound just to check baby before prepping for surgery and baby was head down. The doctor, nor myself could believe it, so they checked again. Baby wasn’t breech.

Plans changed instantly. I made the decision to have the baby vaginally.  They got me ready for a room and I had to go through more paperwork. By 5 a.m. my contractions were very intense and coming every 3-7 minutes, lasting 30 seconds to 1 minute. The pain was getting worse. I wasn’t dilating quickly, and they had given me a low dose of pitocin to help with the dilating. Finally at 6 a.m. I was dilated to a 4. Contractions were strong and consistently 2-3 minutes apart, some coming right after one would end. I did the birthing ball and at one point was yelling at my mom and husband to just get me the epidural. Then I would decline the epidural and then ask again for it. Doing so 3 times.

At 9:30 a.m. I got the epidural which took longer with my contractions and having to place it twice. I was able to sleep for an hour after that and then around 11 a.m. I could feel the intensity. I spiked a fever from the epidural and had to be put on oxygen to get the baby’s heart rate up again. At 12:30 p.m. I was ready to push and 20 minutes later baby girl was here. A Very short labor of 12 hours, compared to my first labor of 32 hours.

I tore in my rectum and other places, which made recovery fun, but it was all worth it. I was amazed with the miracle of baby turning and blessed to have a vaginal birth experience. Every one of my birthing stories is so very different. The emotions flood back thinking about it. Our turn around, miracle baby.

She is a bit more work then my other two were, but she is growing and a blessing. She has been dealing with digestive issues that we haven’t been able to pinpoint, so she can be quite fussy and temperamental, but God gives me the grace to get through each day. She is gaining weight, which is a huge blessing.

M’s older siblings adore her! R is such a big help (R is in preschool now, how did that happen? She will be 4 in a month) and L just turned 2. 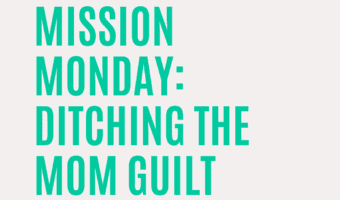 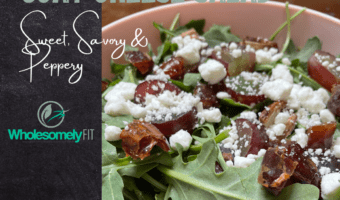 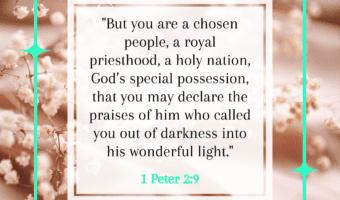 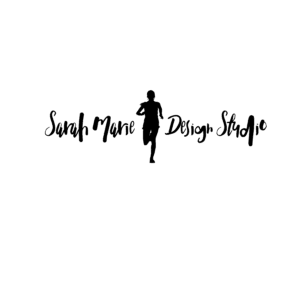 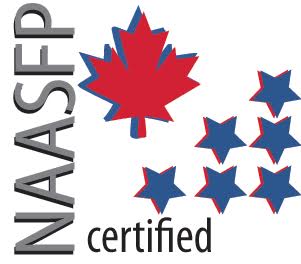