Spring Break came and went but the sunshine has stayed. I can’t believe how warm it is already. Spring time has me missing home a little more than I had been, especially now that it’s time for yard work and getting planting ready. Not having a yard and garden is hard. I miss it! Something about getting my hands dirty digging in the dirt that is therapeutic for me.

Over the weekend I raced my first 5k in a while. I haven’t done many 5k’s without the stroller. They really are my least favorite distance. My legs just don’t seem to want to turn that fast. Just like every 5k I have ran lately, the race is over and I am feeling like it is just starting. I haven’t trained for a 5k specifically since high school, and I think that would make a difference. I want to get my 5k back down under 18 minutes again. That was the goal for Saturday morning and I thought it would be a good race to shoot for 17 minutes, as many of the elite runners in the DFW area would be running.

The race boasts cash prizes for the top 3, so you know faster athletes will be in attendance. That was definitely true Saturday morning. I pulled a rookie mistake and didn’t line up in the front, but was a little further back thinking I was still fine and with the faster group. It was my fault for not being at the line early enough, but with kids things happen and may make things take a bit longer. Always thankful for the hubby for tackling all the children while I run and camping out on race morning. 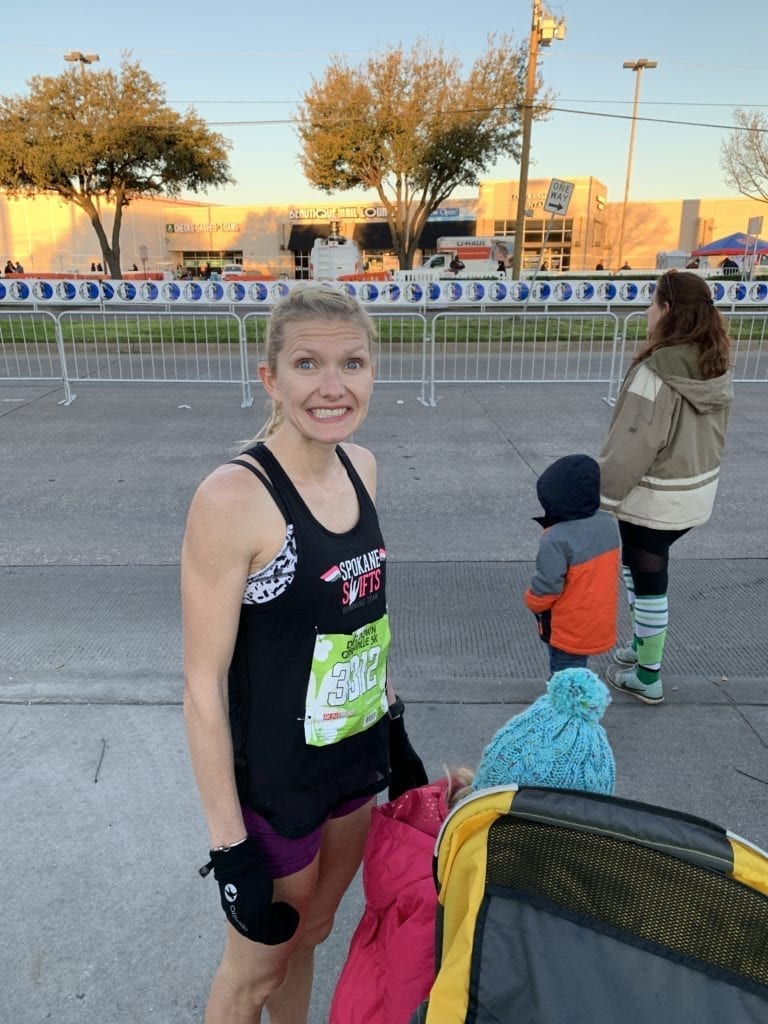 It was a quick race thankfully, but with my bad positioning, the first part of the race was tiring with my weaving. Since I wasn’t right on the line, I was crammed in and it was hard to move around the group in front of me. The road was narrow and only opened to one lane and there was 5000 people, so it didn’t make for a fun few blocks. A young man in front of me tripped over his own feet knocking into me, which in turn made me trip. I was going down and remember thinking, “oh my gosh I am going to get trampled on!,” when another young man grabbed me as I was falling and pulled me back up. Thank you good Samaritan.

I finally found a gap to get around some of the front pack and was trying to chase down the front runners. I knew I wasn’t going to catch them, but kept moving forward. I began to chase down the lead girls. I didn’t know how close to the front I was or where I was in line, but there wasn’t many females in front of me that I could see. The course was relatively flat, with one nice climb and a few sharp turns.

The first mile dragged on it seemed, but the next two miles flew by. I was begging my legs to move faster, as I felt fine and wasn’t struggling to breathe, but they just wouldn’t move any faster. Another part of me didn’t really care, as I have been lacking the motivation to even race. I feel my will to want to work hard and go for the gold or PR has been lacking. My energy has been down and my heart hasn’t been in it, which has played a lot into my performance. Something has not be clicking lately for me and I cannot get myself to feel excited for racing. The daily grind has been just that “daily grind.” Even during the race I was thinking to myself “Why am I doing this? This isn’t even fun right now. Maybe I’ll just coast in. What’s wrong with me? I haven’t been present in my running. I just don’t care anymore. I used to be motivated. What about my dreams?” So that’s just what my body did. Your mind can make or break your race, and lately, it’s broke a lot of my races. My hearts not in it, and my minds not in it. I have been distracted. 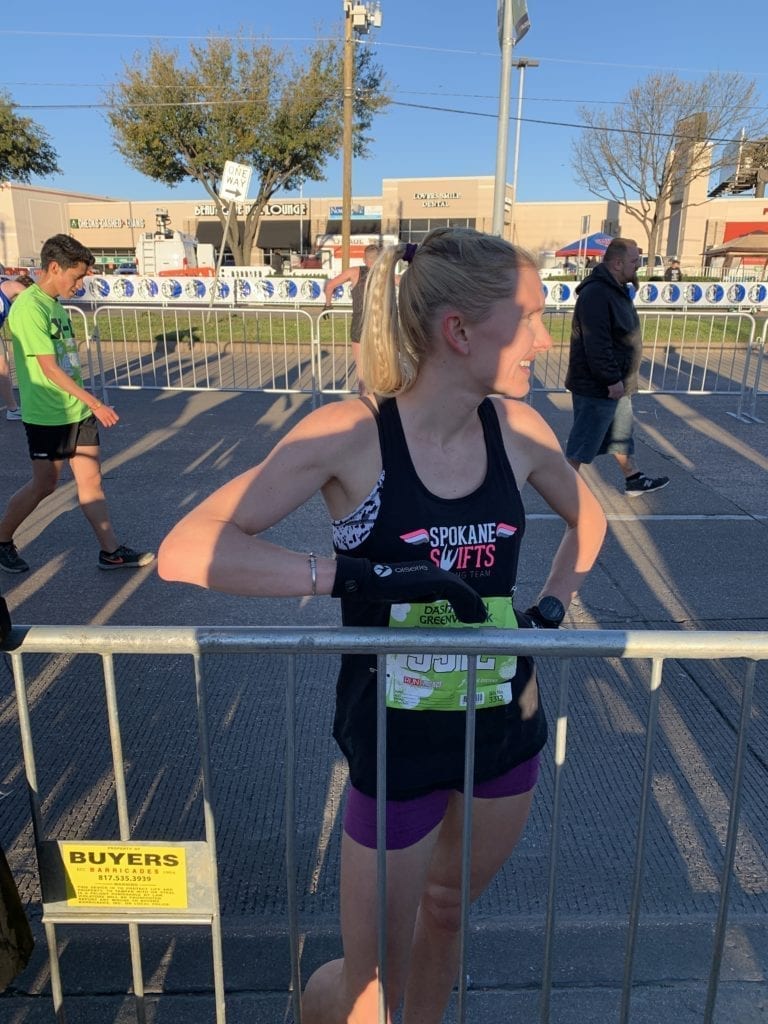 I pushed with another young man to the finish. He kept saying to me “Come on. Come on. Let’s Go. Keep pushing. We’re almost there…..Yeah that’s it. Come on. Push.” It was nice to have someone pushing me, and I pushed with him, crossing the line in 18:05 as my official time. I know I could have gone sub 18 minutes, if I wouldn’t have placed myself the way I did in the beginning and wasn’t crammed in. It was a good experience and I enjoyed having faster women to push me. I was 7th overall female, which I should be happy with. It was a big race and I raced with the top runners. The top 6 were all under 18 minutes.

A post kids 5k PR, but those 17 minute 5k’s I am going for. When I am not in a funk and when my heart and mind can be determined and ready for racing. Hopefully that season is coming soon! Because I have goals. I have dreams. Now I just need the motivation, determination and belief I can do it.