This post was supposed to be your Tuesday Morning Wake Up with Bryanna, but it turned into a Thursday Talk it Out.

Why? Oh simply because I, Bryanna, have been swamped with work, kids, running and life. The swamped with kids though I wouldn’t change, or at least part of the time. I am working on keeping my work at work, which when you work from home can be a challenge, so I don’t open my computer on the weekend. Yes, even for blogging, because I know if I do, I will dive into emails, thus WORK! 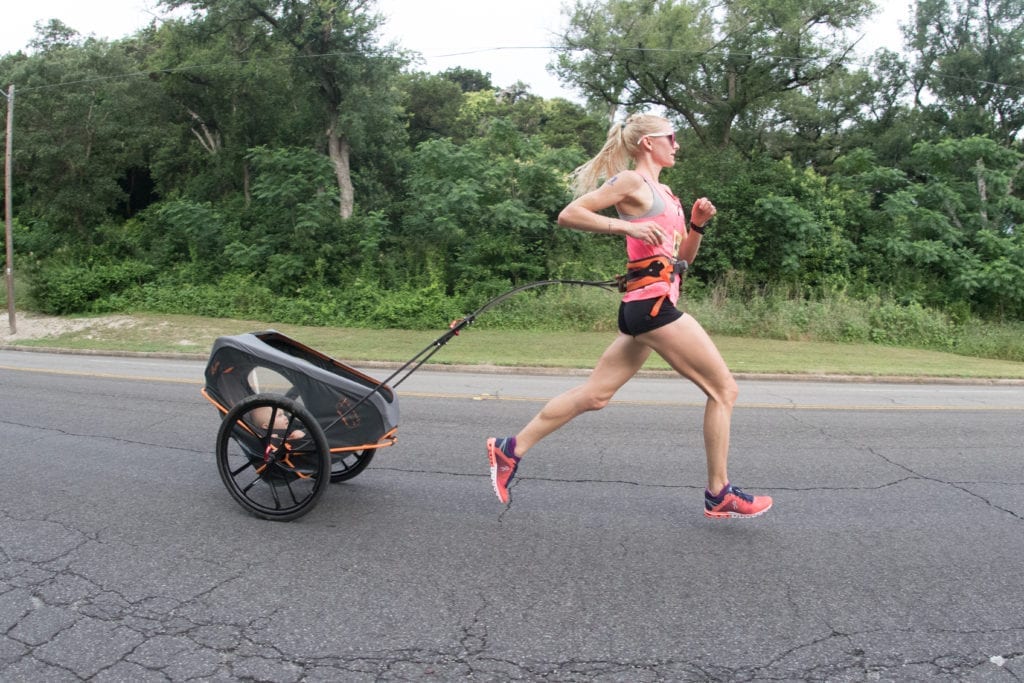 It was such a joy racing with her. She slept for a few miles, until I went a little too fast over some speed bumps around mile 5ish. She awoke and seemed to enjoy the scenery and playing with her toes. Little M talked to me for a few miles. I enjoyed the little company, even if it meant pulling a little extra weight. Pulling a stroller is much easier than pushing one though. 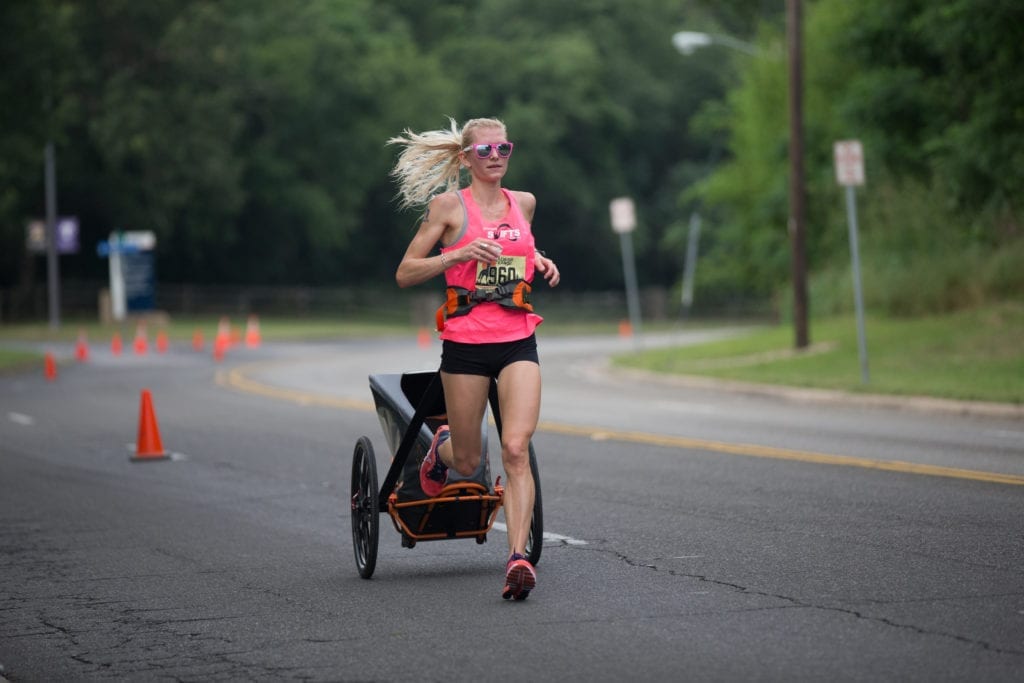 I was rocking it with my pace and staying on target until we hit the never ending hill. It took me a few miles to recoup after the hill, which wasn’t expected in Texas! 😉 Just kidding! But seriously where did that hill come from? The course is nice, running along the river and then a loop around a beautiful college campus and out through some country roads, before going back along the river and back downtown. We crossed a few bridges. I was happy for the cloud coverage, but in Texas that means humidity. Let’s just say I was soaked after the race, to the point of soaking baby girl with my sweat when I nursed her. 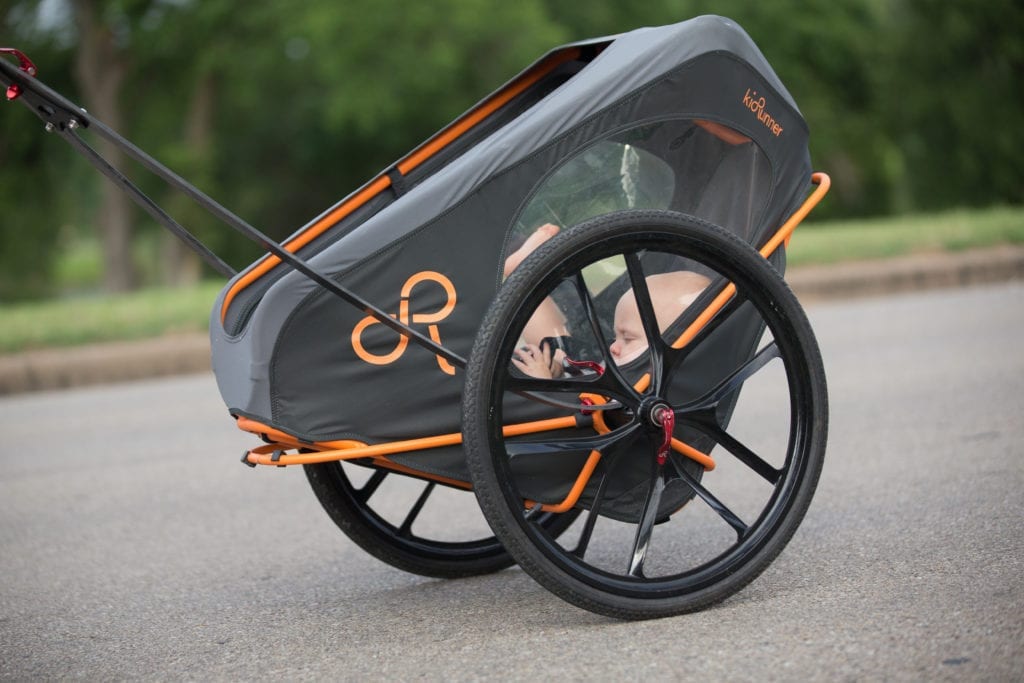 Around mile 8 I found my pace again and was able to have a few strong miles, but there was a headwind on the way back to downtown. That was taking it out of me. I saw the lead guys ahead of me, but I couldn’t close the gap on them. The first place male finished 4 minutes ahead of me. My goal was under 1:35, but I wanted to really hit around 1:30. I came in at 1:32 for first overall female, and third overall. With less than half a mile to go, a lady (running the 5k or 10k) went to high five a bystander, and wasn’t paying attending to the runners behind her. She cut me off, clipping my stroller and flipping it. Thankfully M was fine and everyone was okay, but no one was helping me flip the stroller back over. I think the lady was confused and shocked. I finally got the stroller back over and headed into the finish.

It was a race for the books, mainly because I got to share it with my favorite Run Squad! 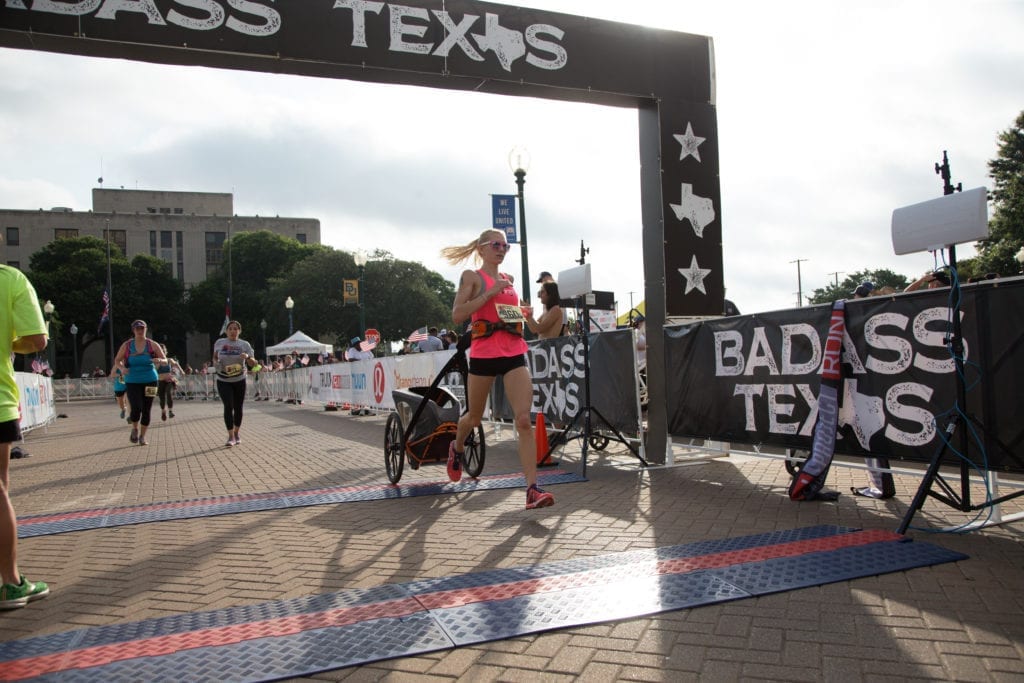 Marc and the older two did the 5k and we joined a few other Kidrunners for a great Memorial Day weekend. It was so inspiring watching my teammates and sharing the fun with the family. Racing with the family in tow can be chaotic, but it is always worth ti!! I love having them along and appreciate the help from the family to make it happen. My only regret was not catching the two guys in front of me. 😉

I am slowly getting used to Texas weather and trying to adjust to the heat and humidity of summer. It was my first race in a long time, where I enjoyed racing and running. No pressure, just pure fun! And I could still be competitive. You know me fun is competitive. 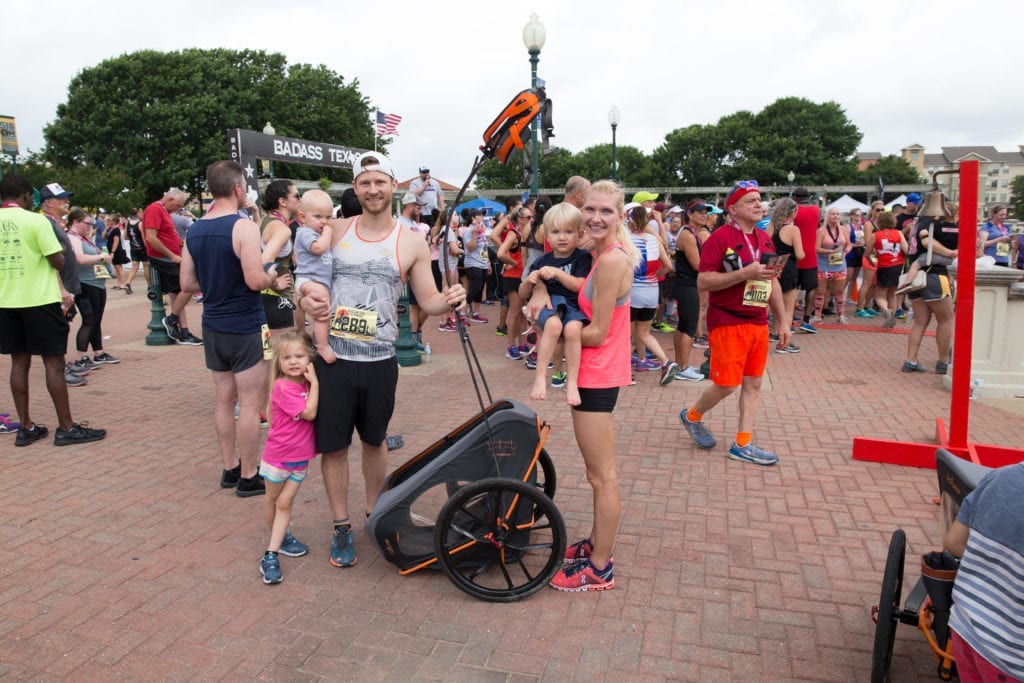 Bry has her Masters in Human Nutrition (Certified Nutritionist), is a certified Marathon Coach & Certified Personal Trainer with ACE, mom of 3 & wife. She lives to inspire others to be healthy, fit and wholesome by sharing healthy & whole recipes, tips on health & fitness, and journeys through running.

Mariah has a law degree, works as an attorney, is a fitness enthusiast, and a wife. Mariah lives to overcome physical limitations to pursue an active lifestyle, using nutritional, mental & emotional healing. Thanks for stopping by and we hope you'll be back!!